V-Rep is a simulator of general purpose.

There is a benchmark comparing Argos3 vs V-REP used for swarm robotics scenes simulation. According to this benchmark I should use Argos3 but it doesn’t have a remote API so I will use V-REP.

In order to practice with the remote API of V-REP, we will create an example with two robots. The robots should have at least two components, a camera and a led light. V-REP has some available models that meet this requirements, so the choosen one is the E-Puck model. 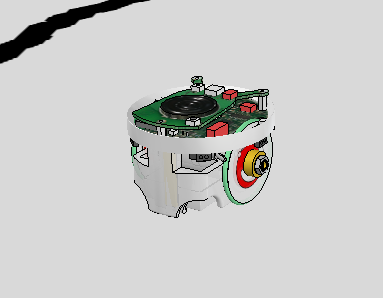 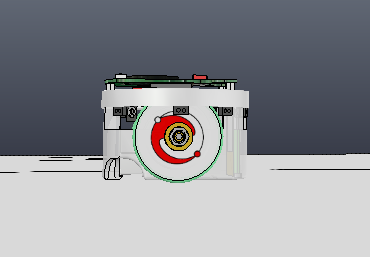 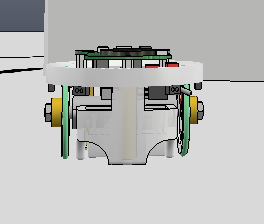 Description of the scene 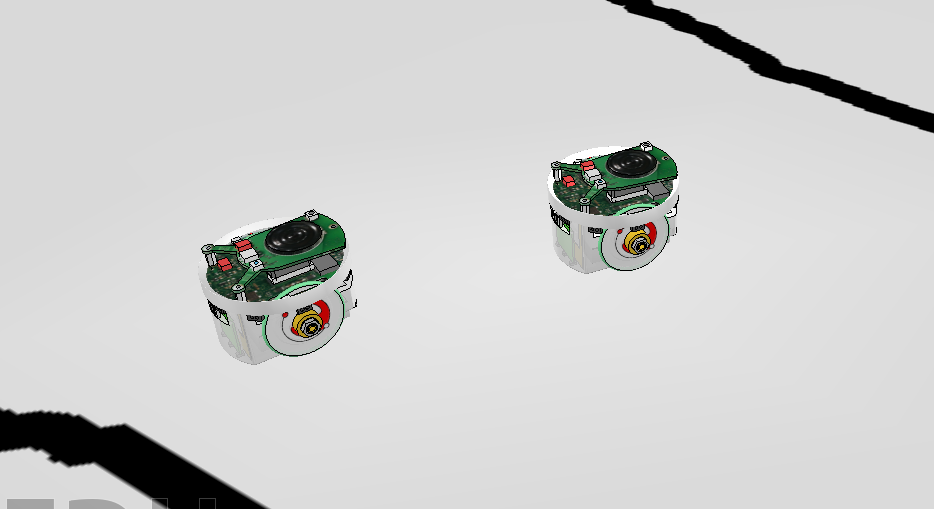 It’s actions consists in turning on and turning off it’s led, waiting at least 3 seconds to change it.

In order to train with V-REP, I’m working with already created Epuck libraries that uses this model. Epuck1 import a library created by Manuel Martín Ortiz and Martin Knopp

To control Epuck1 a class named Controller was implemented. The Controller class works with a simple schedule. It starts the control with the start() method.

The Epuck2’s behaviour is coded like it was a script. This script just connects to the ePuck2 model, capture frames from the camera and compares with the previous one to know if the led has changed it’s state. When the scripts find a change increments a counter.

That’s not a good practice because it could have errors if something else in the frames changes. To make better solutions, we could use KMeans algorithm to recognize groups of colors in the image.

The simulator should load the scene from verbal_communications_epuck folder.

To connect remote scripts, the simulator must have opened ports 19998 and 19997.

Watch out with the V-REP API import, you probably need to change the source folder. 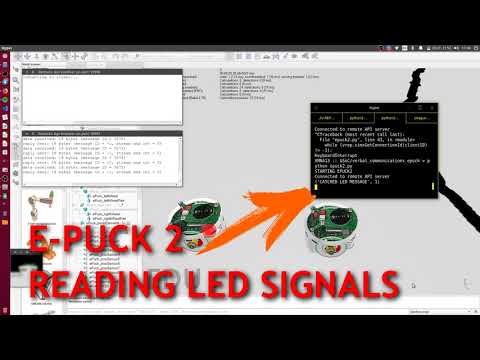