In this post, I discuss the updates regarding the new structure of pose estimation and grasping components and the introduced improvements over Segmentation-driven 6D Object Pose Estimation.

After spending time understanding the new CORTEX software architecture and its implementation, I started planning the workflow of pose estimation and grasping components. Since this is a new architecture, I had to spend time understanding the infrastructure and asking my mentor, who was very helpful and responsive. After few days of discussing it with my mentor, I had a solid understand of the structure and implementation. 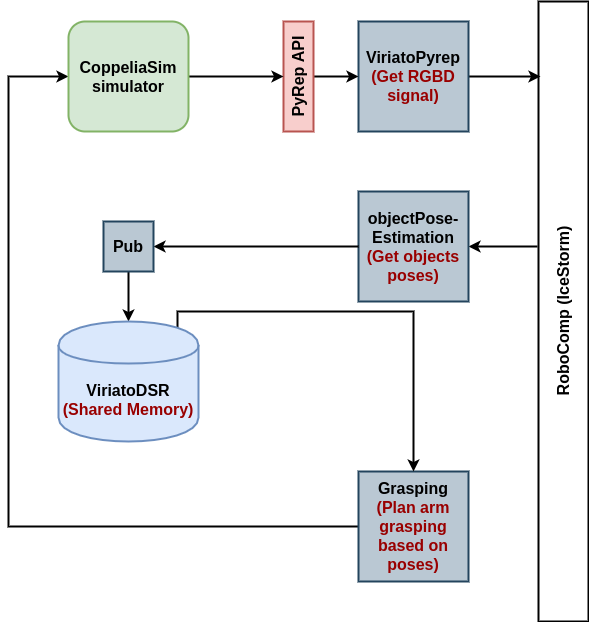 As shown in the figure, the components workflow goes as follows :

For more information about components’ specifications and interfaces, refer to grasping repo.

Once I had a complete structure of the components workflow, which I had discussed with my mentor, I started implementing the pose estimation component, while the Segmentation-driven 6D Object Pose Estimation network is being trained.

Fortunately, the implementation of objectPoseEstimation component wasn’t very difficult, thanks to RoboComp modular code generator. Also, I have created some interface functions to be able to easily run network inference on any image. So, I have completed the component implementation, however it’s not yet tested properly.

The implementation of objectPoseEstimation component can be found here.

Now, before discussing our network improvements, let’s have a quick look at the network architecture.

A brief description of network :

1) The input to the network is a simple RGB image. 2) The network has an encoder of Darknet-53 from YOLOv3, which is used for feature extraction of input image. 3) The network, then, has two streams : - Segmentation stream : to produce the output segmentation masks (pixel-wise object classification). - Regression stream : to get 2D keypoints corresponding to the 3D keypoints of the object in the world (object) frame. Usually, the keypoints are 8 vertices of the 3D bounding box. 4) The output 2D keypoints are used to solve a 2D-3D correspondance problem with the 3D keypoints, using RANSAC-based PnP to get object pose (extrinsics), knowing the camera intrinsics. Also, the segmentation masks are used to define object class.

Here are my proposed causes and potential solutions for each problem :

2) Regarding poor performance on new objects, I thought that was due to textureless objects, which can be a problem in feature extraction using Darknet-53 backend.

So, I implemented focal loss for segmentation and tuned some hyperparameters, then gave the network a quick re-train. The segmentation loss didn’t saturate anymore and the network performance improved on YCB-Videos dataset objects.

Next, I will try training on augmented dataset with textured new objects and explore further improvements. 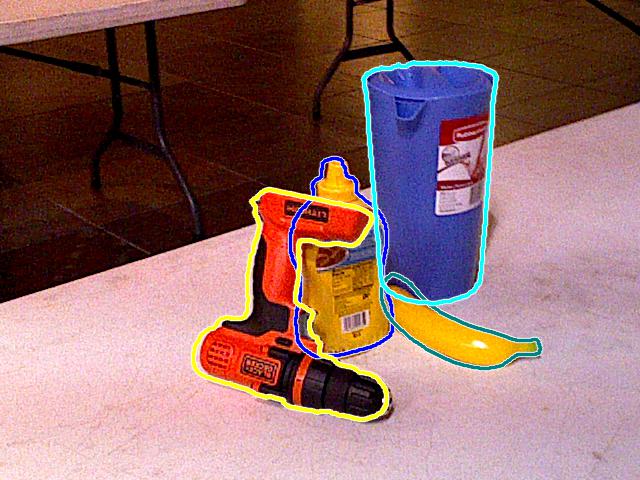 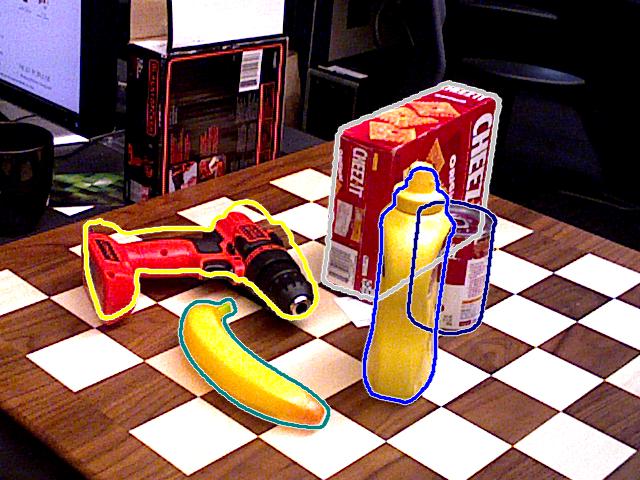 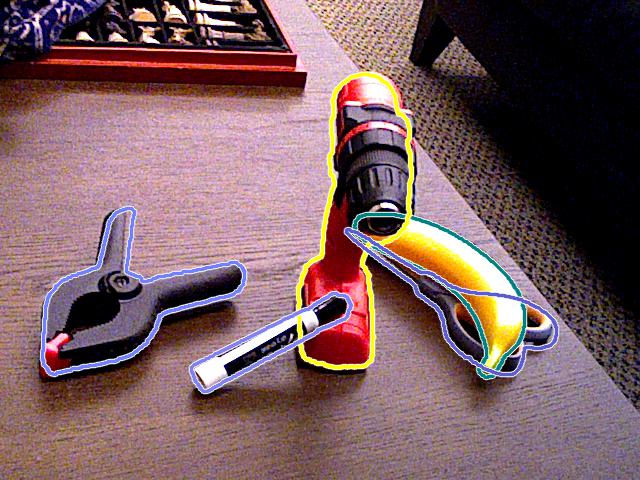 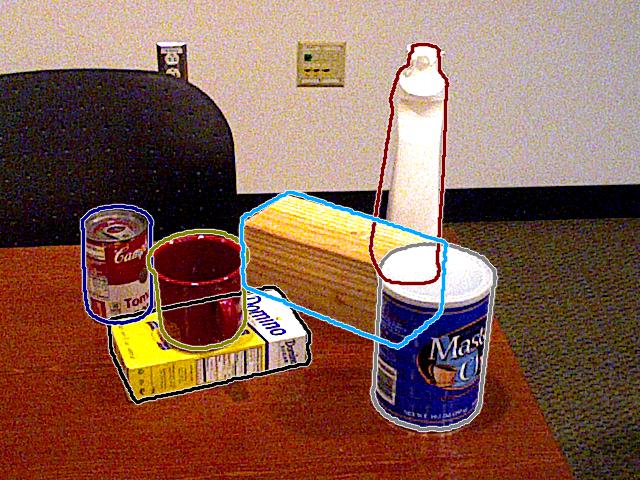