Currently the world simulation is created with a python file that is a controller for an empty supervisor robot. The world consists of simple rectangle arena, a robot and several boxes. The robot currently uses RoboComp components alongside with some void controllers.

This is an example of such simulation with a YouBot and additional Distance Sensor, which uses the Camera interface. 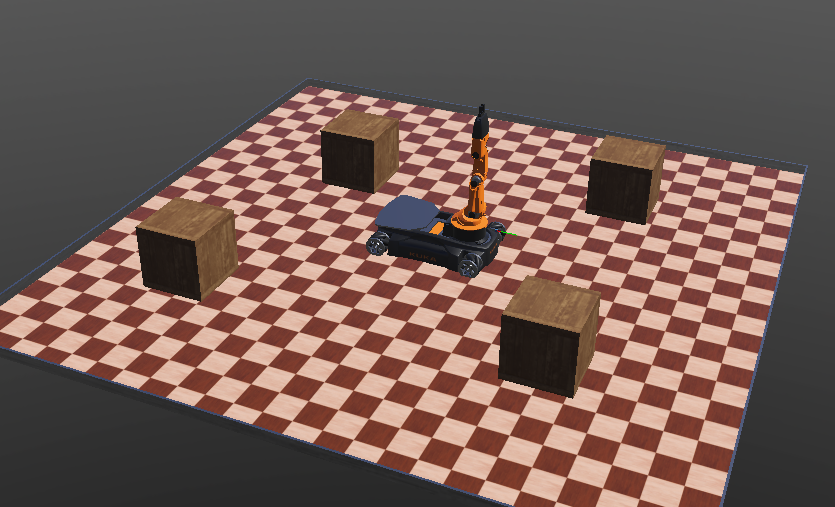 This is very similar example of such simulation with Ribbit instead. There are two sensors now, a Lidar and a Camera. 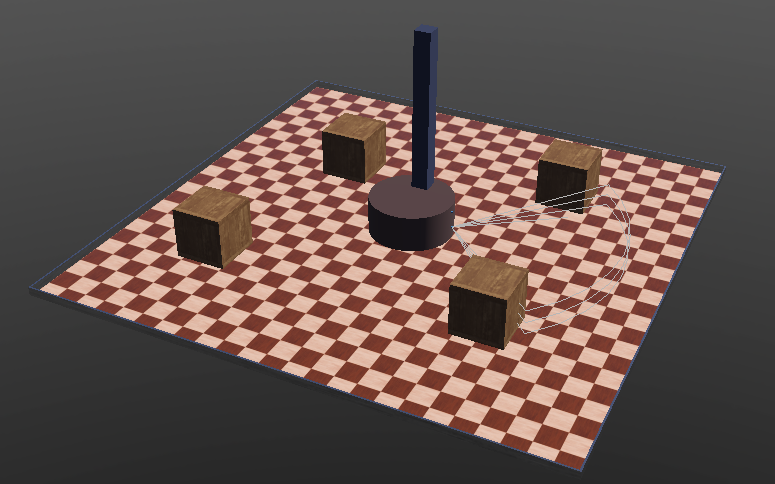 This approach gives us opportunity to create simulation the way we want it to be using ‘pre-made’ code and there could be implemented more robots, objects or devices. Everything can be moved or rotated as the user wants with very small changes in the code.